The philosopher George Santayana (1863 – 1952) wisely observed, “Those who do not remember the past are condemned to repeat it.”  At Bremerton Housing Authority, we reverence our own past and strive to both honor and learn from it.

This year, 2020, marks the 80th anniversary of the creation of BHA.  Established shortly after President Franklin Delano Roosevelt signed the landmark U.S. Housing Act of 1937, the Housing Authority of the City of Bremerton (our official name) came into being by passage of a Bremerton City Commission ordinance on July 17, 1940.  The ordinance stated, “There is a shortage of safe and sanitary dwelling accommodations in the City of Bremerton available to persons of low income at rentals they can afford, and said shortage is primarily caused by the influx of employees of the Puget Sound Navy Yard due to the emergent needs for National Defense.”

Immediately following the creation of BHA in 1940, a tremendous effort was expended to meet the demands of a city that grew five-fold (from 15,000 to 85,000) in just five years.  Individuals and families poured into Bremerton from all parts of the U.S. to assist in the war effort.  Nearly 7,000 dwellings were built by BHA and new neighborhoods like West Park, East Park, Sheridan Park, Anderson Cove, View Ridge, Qualheim Hill, and Sinclair Park sprang up practically overnight. 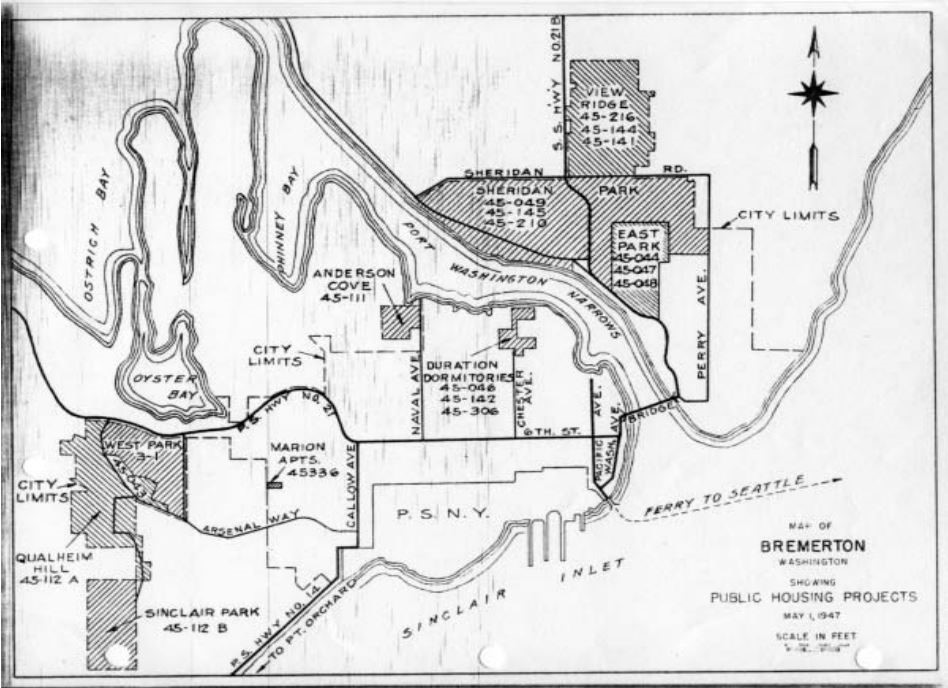 Sinclair Park, a 280-unit development built on a hilltop overlooking Sinclair Inlet, was unique – but not for positive reasons.  It was BHA’s only segregated community.  African American families were relegated to Sinclair Park, which lacked many of the amenities found at BHA’s other properties.  Landscaping was sparse or non-existent.  School buses didn’t serve the neighborhood.  Maintenance and repairs were often left up to the residents.  And yet there developed a strong sense of community for those living in Sinclair Park.  Civic and social groups developed in the neighborhood, including a church, an African American USO, Elks Club, and a chapter of the NAACP.

At wars end, the 280 dwellings at Sinclair Park were dismantled and moved.  Some units ended up as married student housing at the University of Washington, others were barged up the Columbia River to the Hanford Nuclear Reservation.  While the neighborhood of Sinclair Park ceased to exist, its undeniably strong influence continued in the lives of its former residents.

Recently, an NPR affiliate, KNKX, produced a radio segment profiling the history of Sinclair Park and one of its most prominent residents, the world-renowned musician, composer, and producer Quincy Jones. 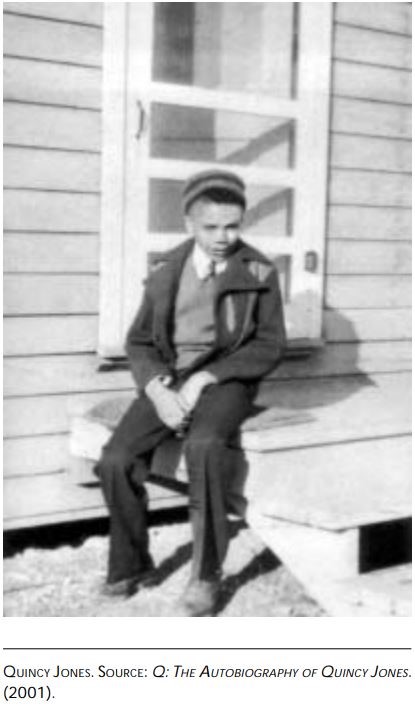 Here is a link to Gabriel Spitzer’s moving story of an important part of Bremerton and BHA’s past.

The treatment of BHA’s African American residents living in Sinclair Park during World War II was not in keeping with the values we have as an agency today.  We acknowledge the deficiencies of our past and strive to ensure everyone, regardless of race, has the opportunity for a home that is safe and affordable; that people are treated with respect regardless of their income level or background; and that a person’s income level cannot be identified by the neighborhood in which they live.

At BHA, we appreciate George Santayana’s words and look for ways to learn from our past and be an agency of character, including being respectful, having compassion, and embracing diversity.

Click here for BHA Vision, Mission and Statement of Values.